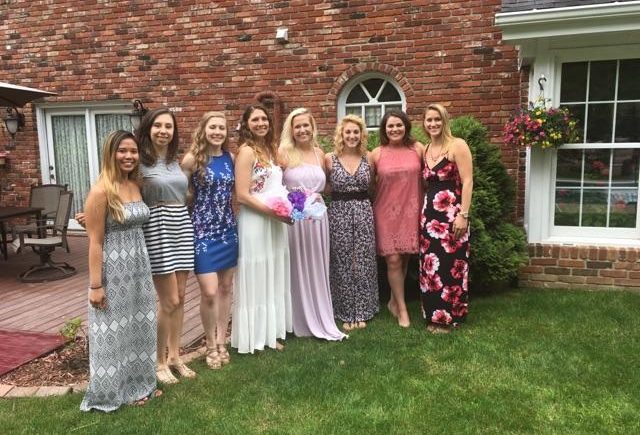 The ladies hosted the bridal shower tea in the DeMayo home in Ligonier, Pennsylvania. Mostly local friends and family attended the shower. Chris’ (groom-to-be) out-of-town aunts traveled from New Jersey for the tea as well. Savannah’s future father-in-law toasted Savannah to kick-off the party, despite a ladies only tea.

Chris also made an appearance at the end of the party with a lovely bouquet of flowers that he presented to Savannah – so sweet! 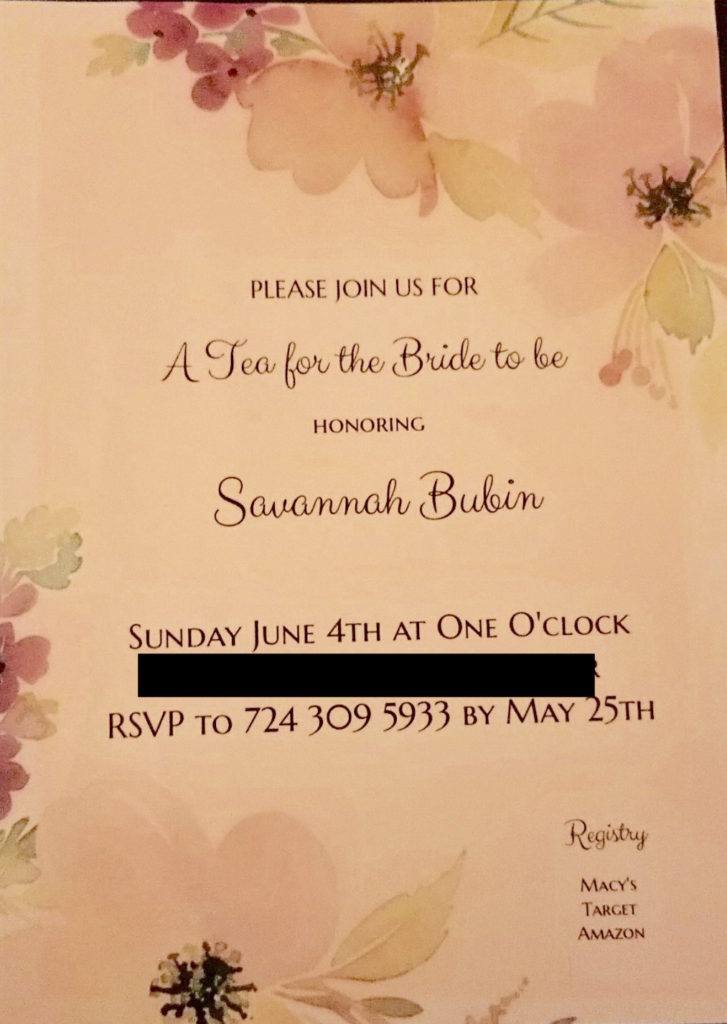 A close friend of Laurie’s loaned her the tea set for the day. It was an exquisite National Wildlife Society set. Laurie and Katie served sandwiches and desserts along with an array of teas, champagne and wine. Potted geranium plants accompanied each place setting and served as the favors for guests to take home. Along with the geraniums were specialty soaps with a label,

“From Savannah’s Shower to Yours”. 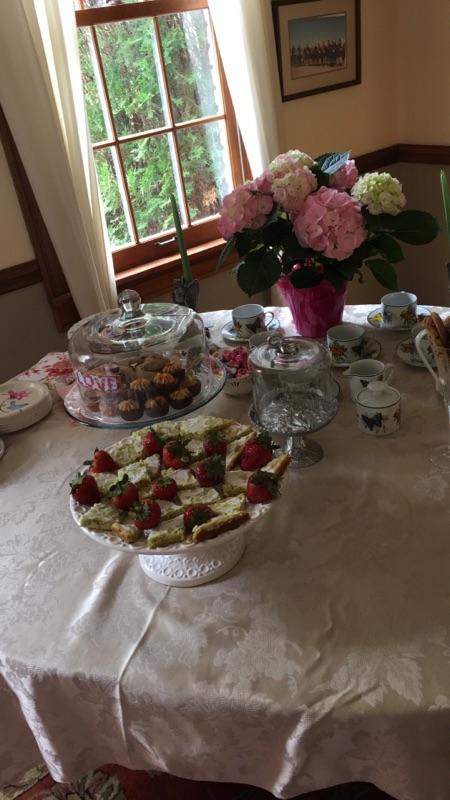 The table is set for Savannah’s bridal shower tea.

Party hosts and bridesmaids organized several games for the guests to play. First, there was an over/under game where party-goers guessed facts about the bride. Next, the ladies played a wedding themed Mad Libs game. The group voted on the best and the funniest entries to award the winners. In more modern terms, the party played a wedding emoji decoding game while they also played the traditional what’s in your purse game.

Savannah was a little uneasy being the center of attention while unveiling her gifts. She and Chris received many items from the bridal registry. Savannah tells us she truly appreciates how every guest added special additions, creativity and greeting cards to each gift as well. 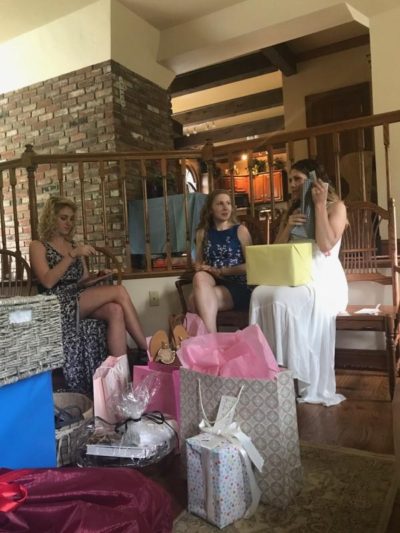 Everyone is excited as the wedding date inches closer and closer!

You may have visited Quincy Cellars to sample our wine, and possibly had an appetizer or, even a dinner at a special wine & cheese or holiday event – or maybe you attended a wedding or philanthropic event, regardless, if you even had one bite of the food, you would be delighted.

And if not, here is your chance to come and sample a fresh, simple, natural, true culinary arts experience. Quincy Cellars was chosen to host the Farm-to-Table dinner as part of the upcoming national PleinAir Westfield event. While here, you will enjoy a sumptuous dinner prepared by our owner and chef, Kevin Daughrity. The menu is inclusive of food from local farms and paired with wines from our cellars. Additionally, there will be live music and invited PleinAir artists in action. 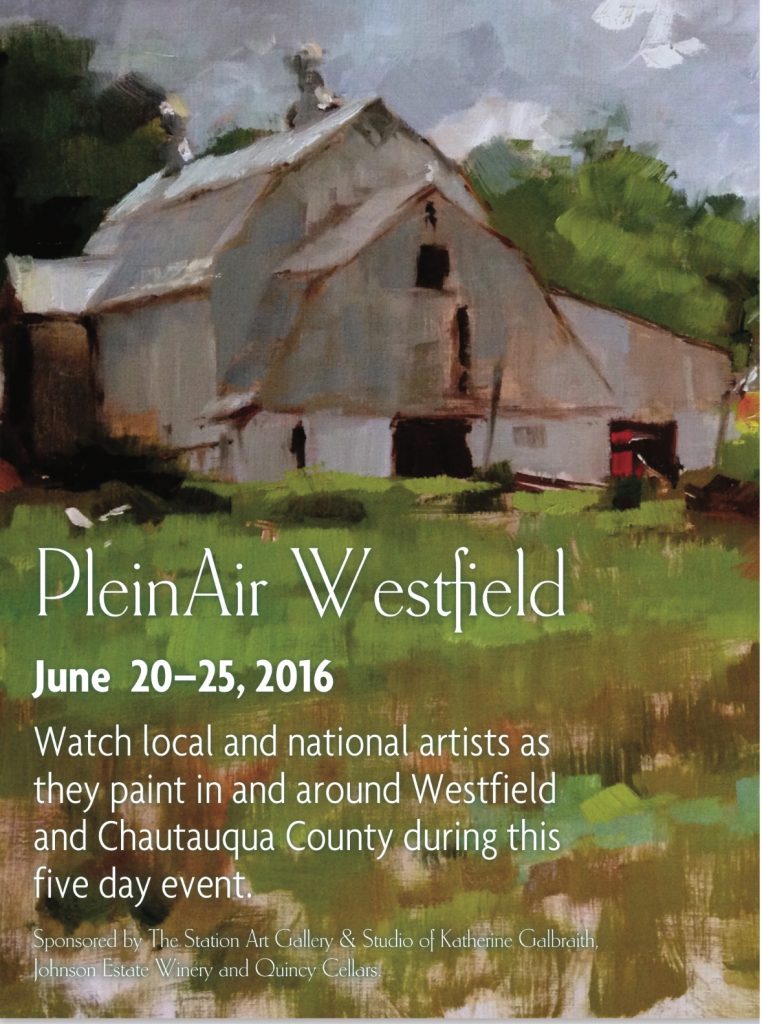 En plein air is a French term that means open air and is often used to describe the act of painting outdoors. Often artists work in a studio looking at a still object while plein air painting is when an artist reproduces the scene or picture at that time at which they are in the natural environment.  Artists from around the country will gather to spend five days painting in beautiful Chautauqua County including our lovely Quincy Cellars. The Quincy Cellars event center and wine cellar are in a country chic restored barn set on romantically landscaped grounds including a pond, willow tree, rose garden and vineyard – a perfect spot for artists to recreate.

This year is the third annual PleinAir Westfield event Sponsored by The Station Art Gallery & Studio of Katherine Galbraith, Johnson Estate Winery and Quincy Cellars. The Farm-To-Table Dinner is Thursday, June 23 from 6:00 – 9:00 p.m with a cost of $60 per person. We are located at 10606 Route 20 in Ripley, close to the State line. Reservations are needed, get your tickets now – go to the “events calendar” under News at JohnsonWinery.com, or call 716.326.2191. 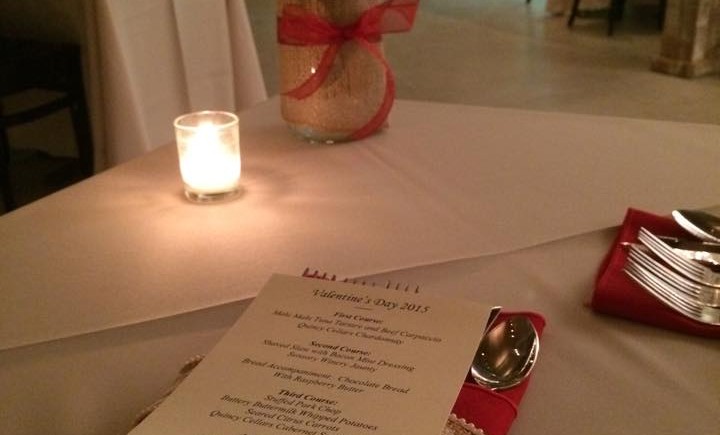 Our annual Valentine’s Day Winemaker’s Dinner was a fabulous success!  The dinner included four courses each matched with a complimenting Quincy Cellars or Sensory Winery and Art Gallery wine.  We were thrilled that the very talented violinist, Courtney Vargo, provided musical entertainment for the evening. 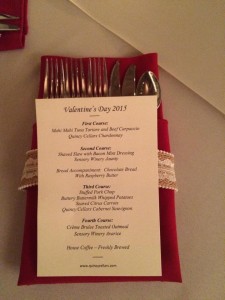